Dr. Gonchigar is available for telemedicine appointments during this time. Please call the office for more information. 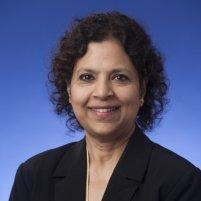 About 3% of women, men, and adolescents in the United States suffer from a mental health condition called bipolar disorder, in which they experience extreme highs and lows in their mood and activity level. Expert psychiatrist Hemanjani Gonchigar, MD, at Capital Area Psychiatric Services (CAPS) in Vienna, Virginia, helps you and your family cope with bipolar disorder by providing effective medications, science-based therapies, and support. To get help managing the highs and lows of bipolar disorder, contact CAPS by phone or online form.

What is bipolar disorder?

Bipolar disorder is a lifelong mental health condition in which you alternate between feeling extremely energized and high (i.e., manic or hypomanic) and feeling sluggish or low (i.e., depressed). Bipolar disorder used to be called manic depression.

You’re more likely to seek help in a depressed state than in a manic state, when your feelings of euphoria and grandiosity may make you feel invulnerable and highly capable.

The types of bipolar disorder are:

This is characterized by manic episodes of at least seven days, sometimes followed by depressive episodes of about two weeks.

This usually manifests as a pattern of alternating between depressive and hypomanic (i.e., less intense than manic) states.

A bipolar disorder diagnosis usually occurs in late adolescence or early adulthood, but some children have it, too. Pregnancy and childbirth sometimes trigger bipolar disorder.

What are the symptoms of bipolar disorder?

If you have bipolar disorder, you alternate between extreme moods that aren’t characteristic of your normal personality. You may not recognize your own episodes of mania or depression, but family members and friends may note the differences from your typical behavior.

A manic or depressive episode results in different symptoms.

You can also have a single episode where you feel depressed, but still have a high amount of energy. Suicidal thoughts and actions are common during depressive episodes. If you’re feeling suicidal, immediately call 911, go to the nearest emergency room, or call the National Suicide Prevention Lifeline at 1-800-273-TALK (1-800-273-8255).

Why do I have bipolar disorder?

How do psychiatrists treat bipolar disorder?

As of now, there is no cure for bipolar disorder, but successful management with medication is possible. Dr. Gonchigar also recommends talk therapies and behavioral therapies that help you cope with symptoms and changes in mood and energy.

Dr. Gonchigar encourages your family to get involved with treatment and therapy sessions to increase understanding and support of your illness.

If you or a loved one has bipolar disorder, contact Capital Area Psychiatric Services for treatment today by calling the knowledgeable office staff or using the online scheduling form.